A Heavenly Hole In One! 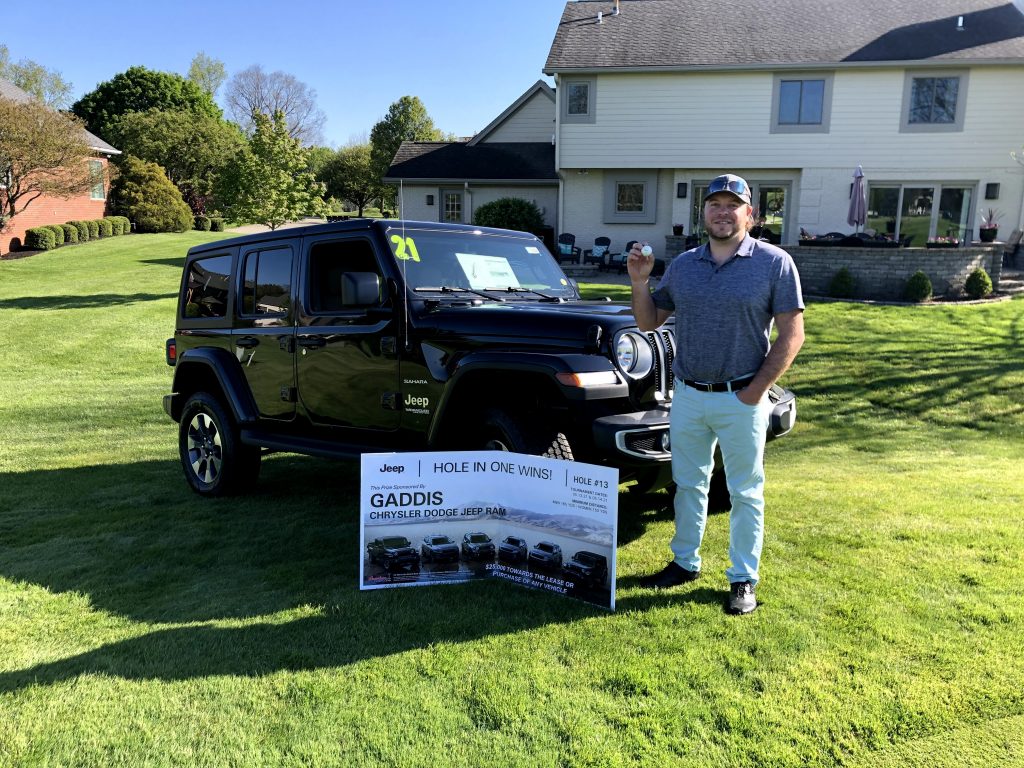 There’s a good chance Tim Beaty was looking down from high above during the 17th Annual Hillcroft Services Golf Scramble, held at The Players Club at Woodland Trails in Yorktown a few weeks back.

He must have absolutely loved what he saw watching hole No. 13.

Tim, affectionately known as Timbo to many, heartbreakingly lost his brave battle with COVID-19 this past September at the age of 63. He participated in many different services at Hillcroft, dating back to 1976 soon after his graduation from Muncie Northside High School.  In 2004, through Hillcroft’s employment services program, Tim began working at the Wendy’s location on McGalliard Road, where he remained employed for nearly 16 years.  He participated on the Wendy’s team in Hillcroft’s annual golf outing on 12 different occasions alongside his “best buddy” Dan Bragg.

Understanding that the annual Hillcroft golf outing was so important to Tim, his family — brother Chris, sister Julie, brother-in-law Brad, and nephew Shea — decided to enter a team in this year’s outing in Tim’s memory. It was appropriately named “Team Timbo.”

Already a meaningful day for the foursome, they had no clue how truly unforgettable it would become!

Shea Johnson, Tim’s nephew and a 2007 Wes-Del graduate, stepped up to the 165-yard, par 3, 13th hole, which was sponsored by long-time Hillcroft supporter Bill Gaddis Chrysler, Dodge, Jeep & Ram of Muncie.  With a beautiful 2021 Diesel Jeep Wrangler sitting on the tee box next to him, Shea calmly stepped up to his  foursome’s third hole of the day and hit a pure, knock-down five iron which one-hopped on the green and landed in the hole for his first-ever hole-in-one. This perfect shot earned Johnson a $25,000 check and marked the first time in the history of Hillcroft’s outing that a hole-in-one was made at the event.

“When I teed the ball up, it never crossed my mind that the ball would go in. I think Uncle Tim had other plans for us that day. The recognition and prize for the hole-in-one are nice, but a family playing in honor of a lost loved one is the best thing that happened that day. The ace on #13 merely served as a catalyst for our story to be told.” said Johnson.

Chris Beaty, Tim’s brother and Shea’s uncle, told Shea after they arrived on the green and confirmed the ball was, indeed, in the hole that “his uncle Tim was definitely looking down on him and smiling along with his grandparents.  It was just a great day for our family!”

“This is the first time over the 17 years that we have supported Hillcroft’s outing, and only the second time in my 25 years of supporting many local golf events, that we have had a hole in one occur.” said Steve Gaddis of Gaddis of Muncie.  “It just shows you how rare this is,” added Gaddis.

Julie Eastes, Tim’s sister and Shea’s mother added, “Tim was definitely looking down with pride on his family that day.  Playing in memory of him, on that course, at that event, under the name Team Timbo … Tim’s spirit was with us for sure!”

“I have told the story now over 50 times to friends, co-workers, and various community members, and I get the chills each and every time.  It proves something extra special was going on out there, and that it was just meant to be.  There really is no other way of saying it.  I am so happy for Tim’s family to be able to share this special moment together.” said VP of Development & Marketing at Hillcroft Dan Wolfert.

Team Timbo will be back next year in Tim’s memory for the 18th Annual Hillcroft Golf Scramble, “You can count on it!” Chris said. 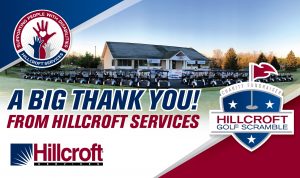 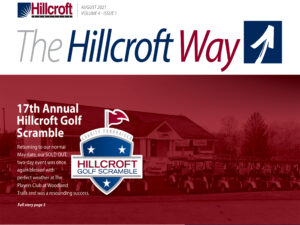