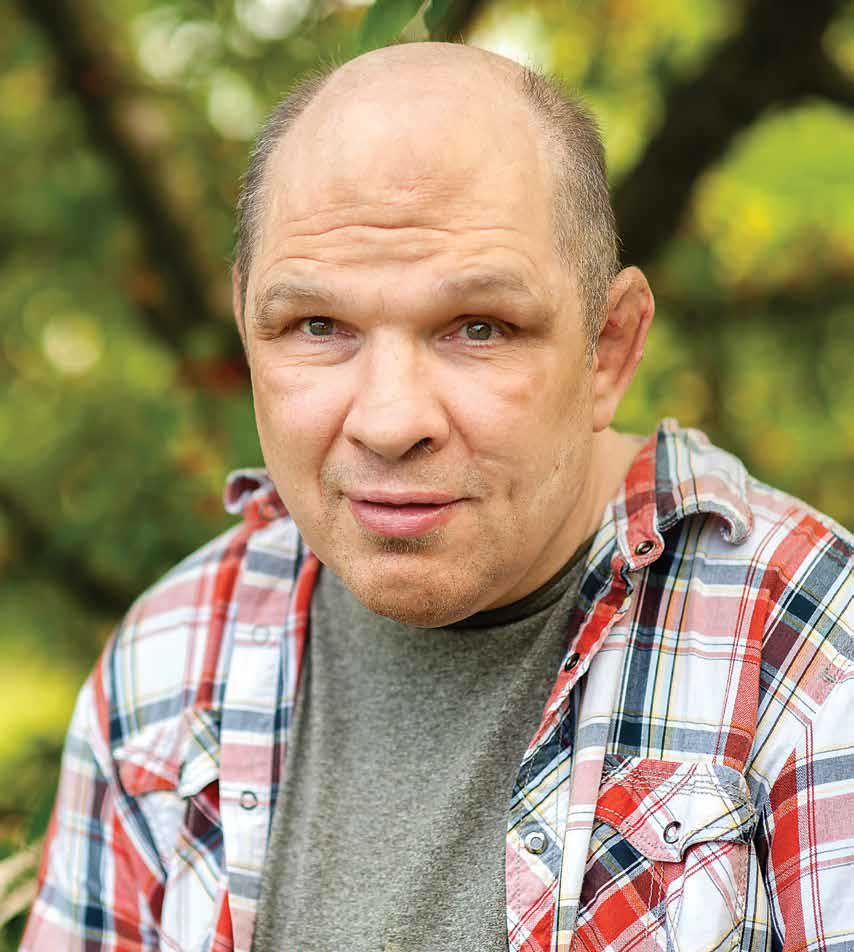 Robert has been living and working with Trisha and the staff of Hillcroft since 2005. The previous institution he had lived in for many years was closed by the state due to numerous questionable practices. Robert is without words, but has recently started to communicate and show desire to learn and interact with his surroundings and the people who are caring for him.

Robert sits in his chair, rocking back and forth. He has his right hand resting in the top of his shirt, fingertips pointing towards his heart. His fingertips on his other hand touch his face, starting at his forehead, then trace the lines of his face downward, stopping to retrace certain grooves and lines around his mouth. 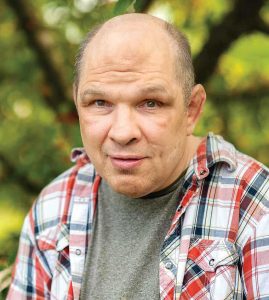 I don’t know what Robert’s life was like in the institution he was in before I met him, and I’ll never really know, but I can piece together bits of it and glean certain parts. I imagine it as being lonely. I imagine Robert spending all of his time in his room with no one to bring him out and make him present. No one to let him know that it is safe outside of his room and that he can find security beyond its doorframe. I don’t think he ever understood that a community of people that he can trust exists until recently. I imagine his only spark of warmth was when his mom would visit him. He lights up when he sees his mom.

What I do know, for sure, is that at some point in his life Robert decided that he hates potatoes. It doesn’t matter how they are fixed, how they look, or how they smell, he will always pass on anything potato. I also know, for sure, that Robert loves cupcakes, popcorn, and The Three Stooges. The first time I heard Robert laugh was when we were watching that show. I had known him for years. Unlike the Stooges and their flailing arms, slugs in the shoulder, or knocks on the head, Robert’s laugh surprised us all. He was focused, he was laughing, and he was secure enough to show us. Turns out, he thinks I Love Lucy is just as enchanting.

The first time Robert ever signed the word “Yes,” I thought about screaming, or crying, or maybe even doing a little bit of both. His next word that he signed was “more.” Those little words showed me that he was with us, acknowledging himself, showing me that he had wants, needs, and desires. He wasn’t going to spend his life being a number assigned to him, hidden away in a room. He wasn’t just going to be a notion in the background or an afterthought. It became my mission to bring Robert out and to stretch his comfort zone a little each day. I don’t want him to be that silent, broken man who felt the need to guard his food from others and to avoid everyone. I want him to be the Robert that I find an aisle away in the grocery store, eating Nutty Bars out of the box. I want him to fold his laundry, know his routine, notice his surroundings, and not turn away from attention.

I always remind myself that our roles in life can be easily reversed. They can change in seconds. It’s not the question of “What if our roles were reversed?” that gets to me—it’s the thought that our roles can be reversed swiftly and without choosing.

Robert proves to me day after day that life is about the small things. He shows me a strength I will never know or pretend to understand. To be unafraid and know your place when the day ends, to lie still, to find peace in the company of people you trust—that is happiness.
I am thrilled that Robert is finding his.

Written by:
Sara Renee in brief: camera always in hand, daydreams of traveling with her gaggle of Weimaraners again, and will someday, make it back to Alaska. Until then, she enjoys digging in the dirt, wandering through the woods, and jotting instances down in one of her several notebooks. 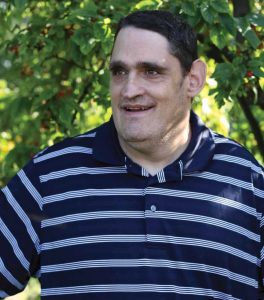 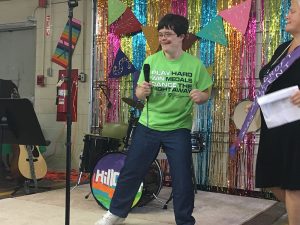