Right before the summer started, Creativity Unlimited came up with classes based on participant requests. One of these classes was Space Class! Space Class took place on Wednesday mornings and Friday afternoons. Lacey is in the Friday class and loves it! In class, there was a group discussion about the Big and Little Dippers. All participants were given an assignment. The assignment was to locate the Big & Little Dippers in the sky and take a picture on their cell phones, ipads, or cameras of what they saw. Lacey attempted to take a photo but had a hard time getting the right shot since the trees were in the way. Instead, Lacey came up with a very creative idea! She made a star chart of her own! She put the stars on paper and shines a light behind it to show how they look in the sky. Lacey really enjoyed learning more about space and sharing her creative project with her classmates! 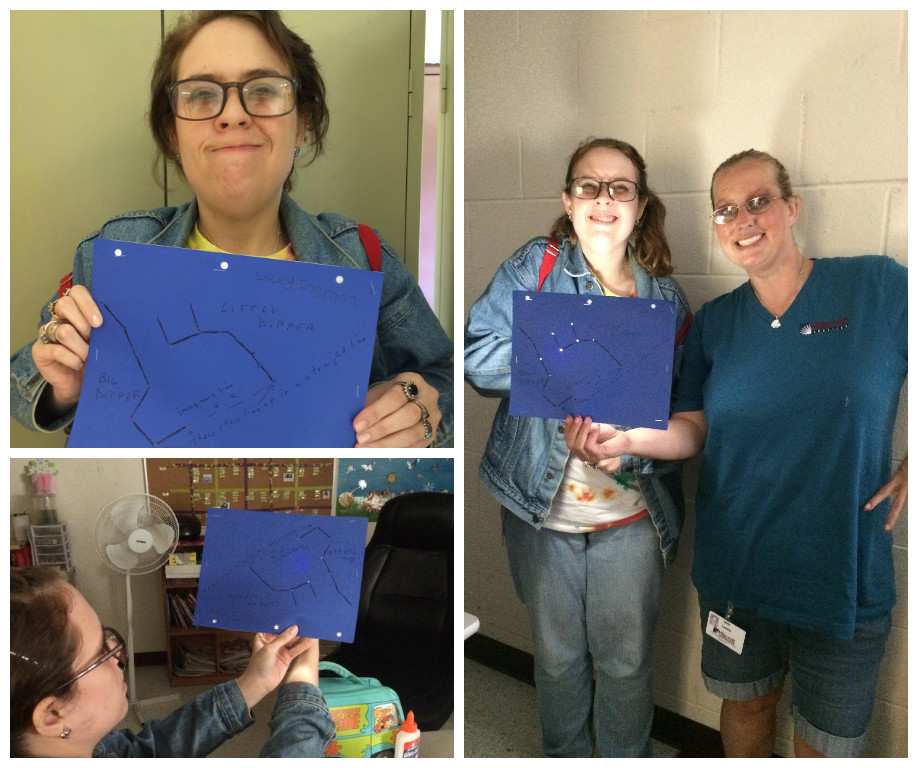